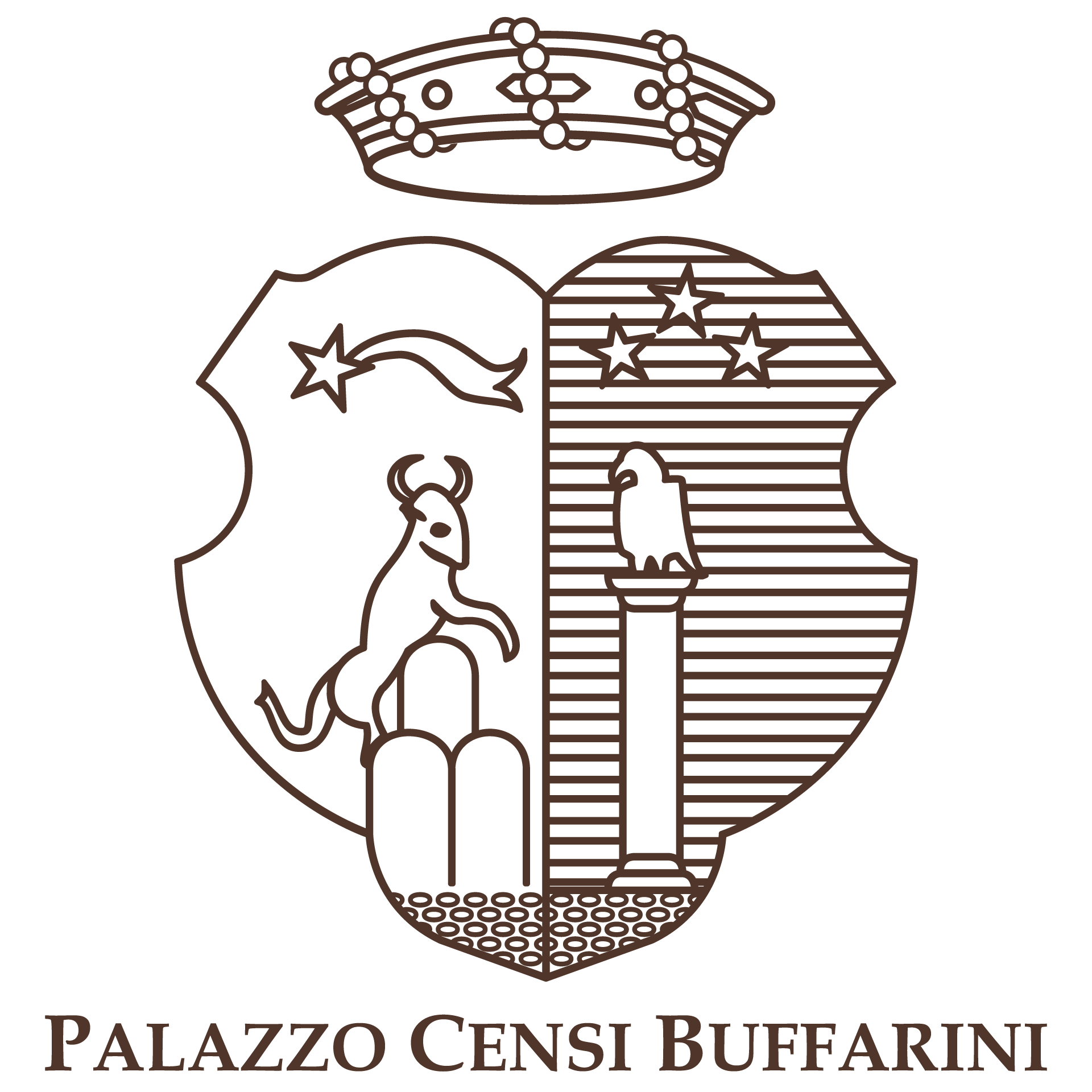 The Strenght of Tradition 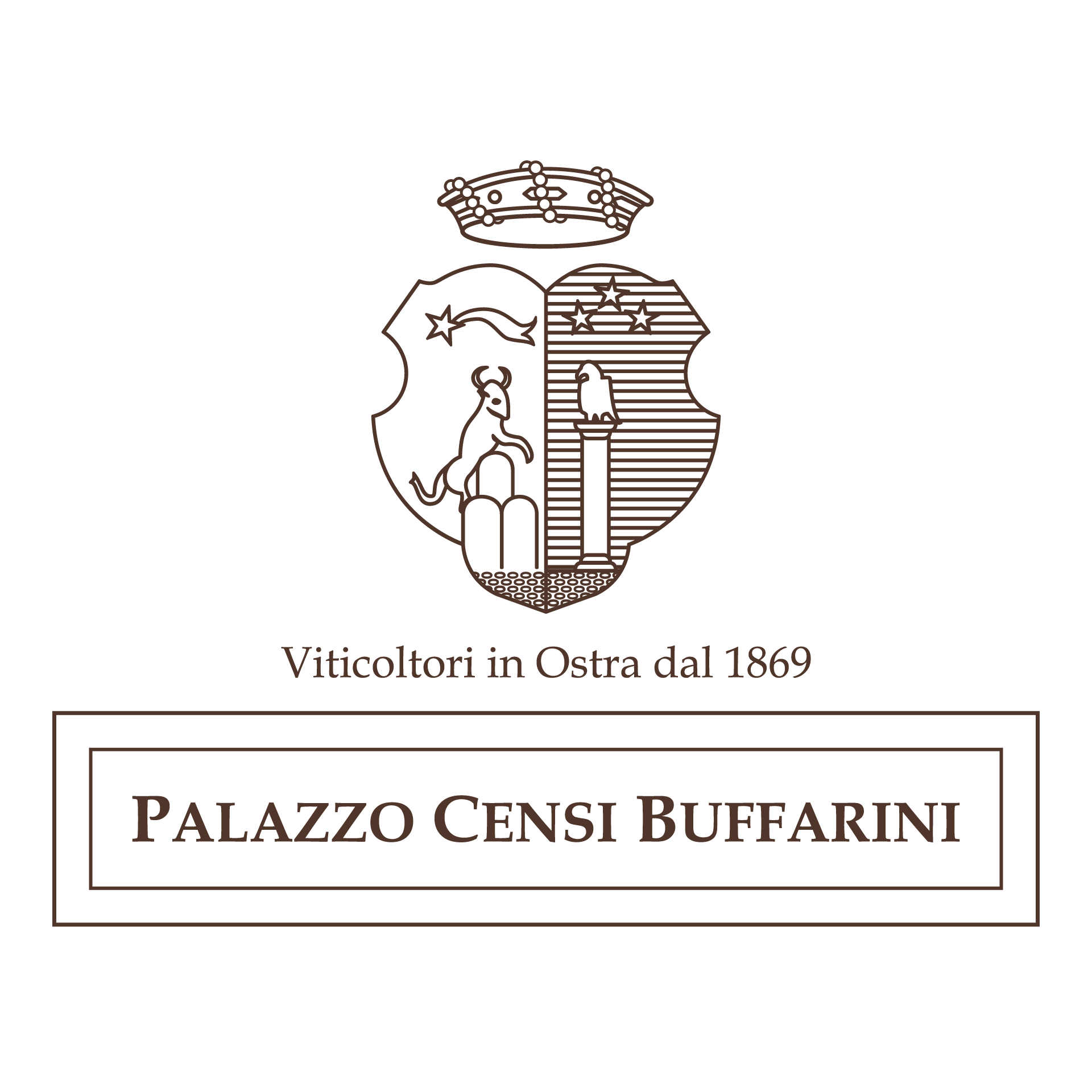 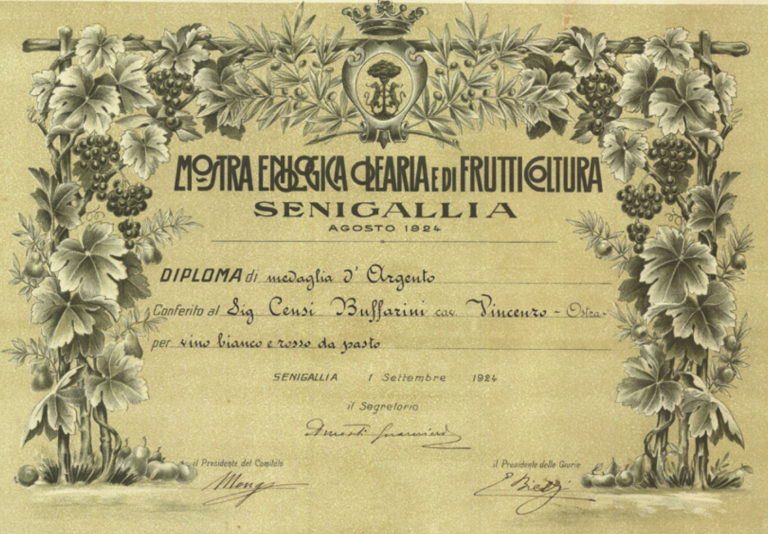 The activity of Azienda Agricola Censi Buffarini began in 1869 to the will of Raffaele Censi Buffarini. The company has always produced wines both from white (Verdicchio dei Castelli di Jesi) and red grapes variety (Rosso Piceno and Conero). The latter, even if in different percentage, are made from Montepulciano and Sangiovese grape variety. These wines, although carefully selected and produced in the respect of DOC criteria (Controlled Designation of Origin), were not bottled and marketed by the Company itself, which was primarly engaged in the cereals sector, but were sold to the various local wineries. Thanks to these wines, the company has been awarded with several regional and national prizes. Since the 1990s, the company have decided to bottle and market the product as a result of a century-old tradition. The vineyards have been replanted and, taking into account the evolving demands of consumers, an autochthonous grape variety of great tradition has been choosen: the Lacrima di Morro d'Alba. In addition to this characteristic and historic red wine, the production of Verdicchio dei Castelli di Jesi has been maintained.

Wines with historical and territorial identity.The link between the Marche and the wine is lost in the mists of antiquity: from the wine of Picentes, narrated by the Greek historian Polibio, to the mulled wine drunk by the emperors. Tradition has it that in 1167, Federico Barbarossa, during the siege of Ancona, choose the ancient walls of Morro d'Alba as his home and shelter. The inhabitants were forced to give up to the Emperor their most expensive goods, among which stood out the precious grape juice of Morro d'Alba. There are historical evidences about Verdicchio grapes variety dating back to Roman period. The story goes that Alarico, the king of Visigoths, on his way to Rome in order to ransack it, while crossing the land that today corresponds to the Marche region, he loaded forty mules with barrels of this precious grape. 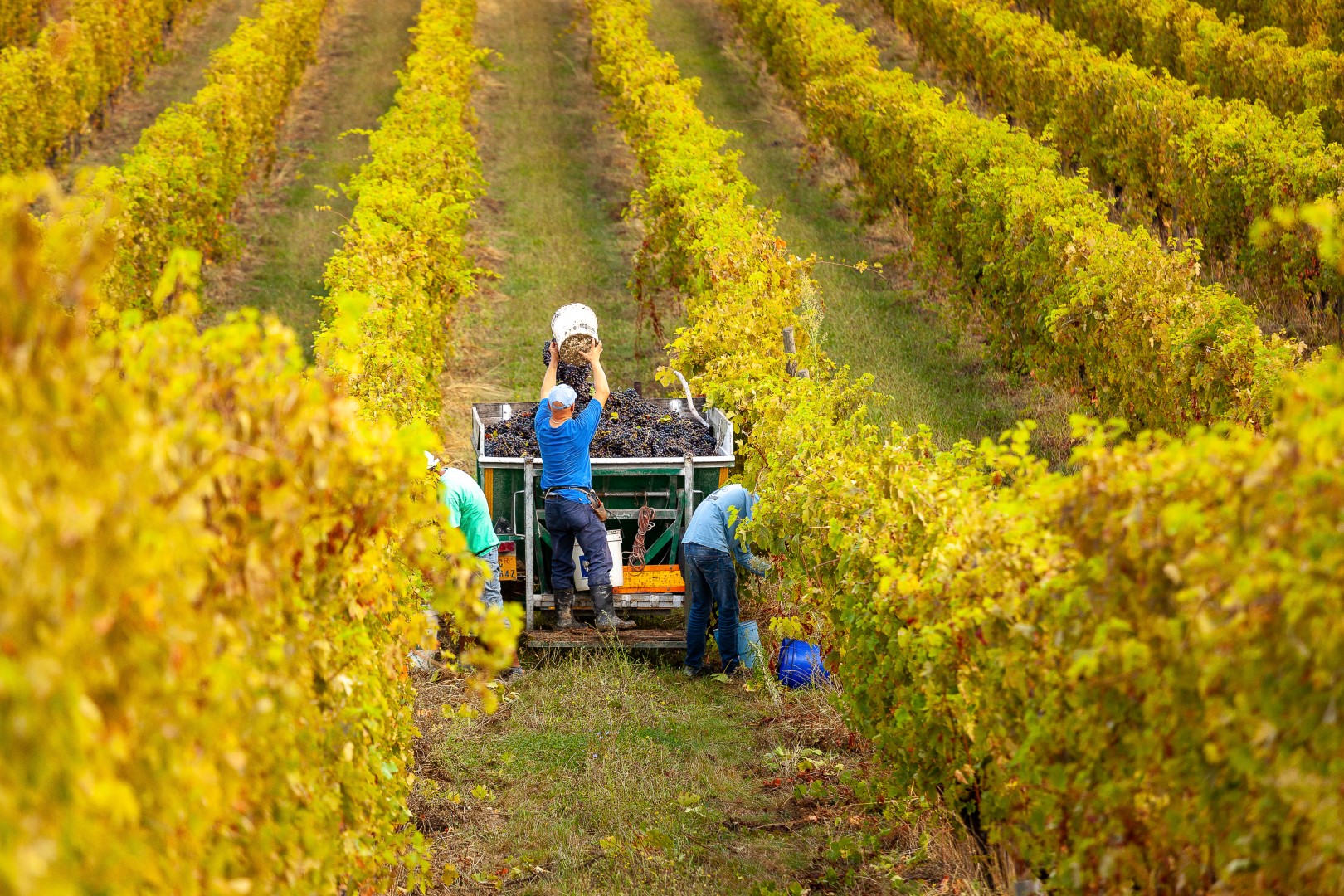 Palazzo Censi-Buffarini. The eighteenth-century Palazzo Censi Buffarini overlooks, like the Town Hall, the main square of Ostra. This monumental building was erected by the noble family of Gherardi-Benigni. At the end of the 18th century, the palace passed to the family of Censi Buffarini, owners of a family farm started in 1869 by Raffaele Censi Buffarini. Raffaele Censi Buffarini was  the owner of various plots of land located in S.Elpidio, Montemarciano, Ostra, Belvedere Ostrense, Senigallia,  and those brought as a dowry by his young wife, Anna Maria Guerrini di Ravenna. Their son Vincenzo, graduated in agricultural science, increased the cultivated areas reaching more than 1000 hectares. His studies led him to experiment new cutting-edge cultivation techniques, especially on wheat, corn, beet, sunflower, vine and olive trees. Nowadays, the family preserve the tradition. In particular, it have several vines of Lacrima di Morro d'Alba and Verdicchio dei Castelli di Jesi variety on a well situated and protected hilly terrain in the DOC (controlled designation of origin) area. Around 1974, the Palace was acquired by the Autonomous Charity Institutes of Ostra to house the offices of the Civil Hospital. After its closure, the Senigallia Health Authority tried in vain to sell the property. Since then, many restoration projects have been proposed without any concrete result.
The aim of the Censi Buffarini family is to be able to return one day to its cellars, to that glorious past which has always been a source of pride.
Vincenzo Buffarini had nothing to do with Ostra, but his surname is tied to the Censi family that once owned the Palace. The building is located in the main square of the Town and still bears the surname Censi-Buffarini. The Censi family acquired the double surname on the 5th of December 1869 when Vincenzo, who at that time was unmarried and had three sisters, wanted to honour with the surname his dear nephew Raffaele Censi, who would later become the owner of the over-mentioned palace. In the Biographical Dictionary of Italians- Volume 14 Treccani, 1972, Porsini writes about Vincenzo : "From a well-off family, Vincenzo Buffarini studied in Ancona, where he graduated in law and took part in the 1831 revolution. The Papal government condemned him to exile, but taking advantage of the "capitulation" of Ancona, he refused to leave. However, he was forbidden to practice the legal profession and placed under house arrest in Monte Marciano for two years. Friend of Maximilian de Beauharnais 3rd Duke of Leuchtenberg, he managed  the Duke's properties in the Marche region (a silk factory in Fossombrone, and 28708.2.88 hectares, for a values of 2,003.217,87 "scudi" according to the Gregorian cadastre of 1835) by guarding and supervising its twenty thousand settlers.  In 1845 he negotiated, on behalf of the Duke, the sell of the former Appanage with the Papal government for a total sum of 3.750.000 Roman "scudi". From November 1848 to 1849 ( occupation of the French), he remained in Rome. Later, he moved to Paris where he started an intense and very profitable financial activity.
He was friend of the Péreire brothers, James de Rothschild, and of the most important French bankers of his time. Moreover, he was among the founders of the Crédit Mobilié, of the Banque Imperiale ( later Ottoman). He was also partner of other minor banks and manager of various metallurgical and textile factories both in Germany and Italy ( particularly in the Kingdom of Lombardy-Venetia) unitl 1860.
In 1852, along with the Duke of Leuchtenberg and  Benedet Fould, whose brother was the Minister of Finance of Napoleon, he negotiated with the Papal State his most profitable financial operation. More specifically, he proposed the construction of the railway linking Bologna, Ancona and Rome, which would then be built by his own company [...] While he was in France, his fellow citizens appointed him as deputy of Senigallia, as a token of esteem. Between the 15th of May 1864  and the 22th of October 1856, during the eighth term, he served as deputy among the ranks of the Moderate. However, he didn't show any interest in the Parliament's agenda or debates. Until his death, he continues to negotiate and stipulate remarkable and very profitable financial and industrial agreements as sales representative of the french high finance." 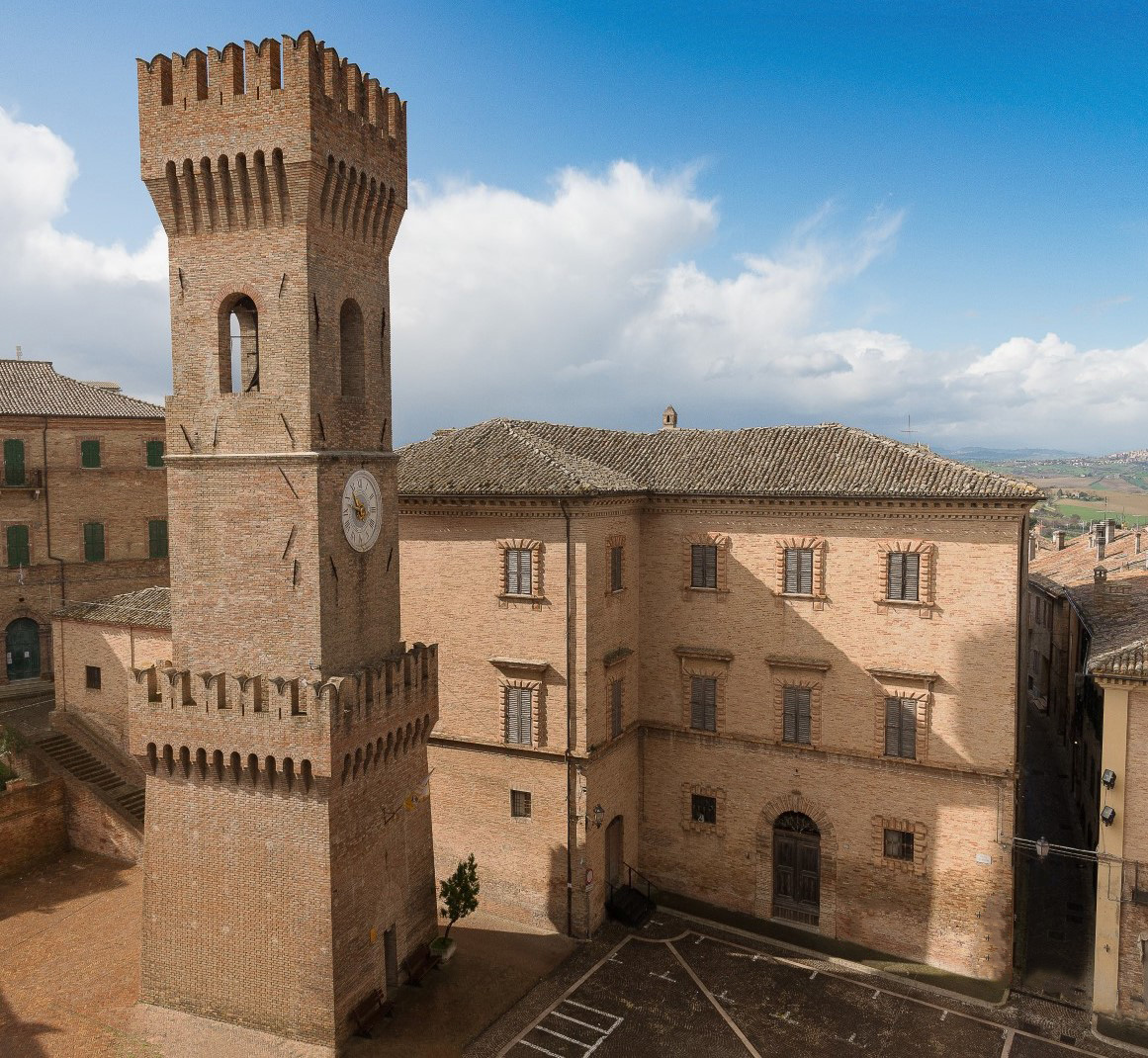 Nowadays, with our commitment and dedication in the production of wine, we celebrate this glorious heritage. We are looking forward to the future with enthusiasm, fully aware of the goodness of an international recognized product.

This website uses cookies to improve your experience while you navigate through the website. Out of these, the cookies that are categorized as necessary are stored on your browser as they are essential for the working of basic functionalities of the website. We also use third-party cookies that help us analyze and understand how you use this website. These cookies will be stored in your browser only with your consent. You also have the option to opt-out of these cookies. But opting out of some of these cookies may affect your browsing experience.
Necessary Always Enabled
Necessary cookies are absolutely essential for the website to function properly. This category only includes cookies that ensures basic functionalities and security features of the website. These cookies do not store any personal information.
Non-necessary
Any cookies that may not be particularly necessary for the website to function and is used specifically to collect user personal data via analytics, ads, other embedded contents are termed as non-necessary cookies. It is mandatory to procure user consent prior to running these cookies on your website.
SAVE & ACCEPT
Cart
Checkout - €0.00